All Male Characters Wiki
Register
Don't have an account?
Sign In
Advertisement
in: Male Heroes, Characters, Cartoon Characters,
and 9 more

Alec is enthusiastic and engaging. He enjoys presenting on television, and he tends to be optimistic. Sometimes, he can be unintentionally insensitive, like with Aurore Beauréal when she loses the KIDZ+ competition in "Stormy Weather", or when he mocks Mr. Damocles for his attempt at being a superhero in "The Dark Owl". With Wang Cheng's loss during the finale of World's Greatest Chef contest in "Kung Food", though, he shows a bit of sadness. He knows when to take a situation seriously, especially when akumatized villains are involved, as he listens to Ladybug's warning about XY's life being in danger and immediately cancels an interview with XY to get him to safety in "Guitar Villain". Outside of hosting television shows, he gets along well with others overall, including his co-worker Nadja Chamack. 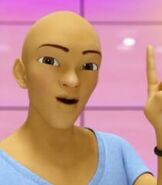 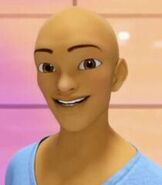