All Male Characters Wiki
Register
Don't have an account?
Sign In
Advertisement
in: Male Villains, Villains, Supervillains,
and 11 more

Cat Blanc is the akumatized villain of Adrien Agreste.

As Cat Blanc, he retains most of his personality as Cat Noir, but in a more twisted way. His flirtatious behavior is used as a facade to get close to his opponents so he can attack them. His love for Ladybug had become more obsessive and, while still showing to care for her, he still tries to get her Miraculous, even if that means destroying her. His temper becomes even more intense, as he tried to destroy the whole galaxy, if not more, in anger for Ladybug not giving him her Miraculous. Also, he started to act like his father when he was Hawk Moth, having his heart go twisted by sadness, despair, and was desperate to get what he wanted despite the price. 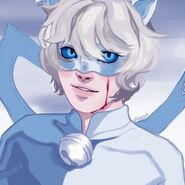 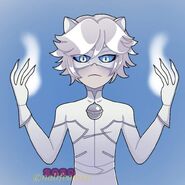 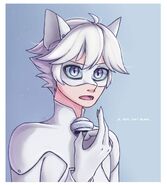