Darkblade is the akumatized villain of Armand D'Argencourt.

As Darkblade, he is commanding and obsessed with conquering Paris. Power-hungry and enraged with the current government system, Darkblade wants to take over the country his ancestors lost centuries before, and he has nothing against turning everyone into knights that will follow him to victory. 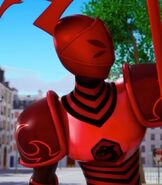 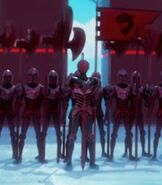 Add a photo to this gallery
Retrieved from "https://all-male-characters.fandom.com/wiki/Darkblade?oldid=3255"
Community content is available under CC-BY-SA unless otherwise noted.