Gigantitan is the akumatized villain of August.

As Gigantitan, he is inquisitive, joyful, and bold. He likes to play with any object that he discovers, but he isn't very attentive to his surroundings, and when not able to discover anything to entertain himself, he gets upset and downhearted until he is satisfied by another object or distraction. Not old enough to know and understand many things, including common virtues, he often disobeys or misunderstands Hawk Moth's orders, and he doesn't have an issue sticking structures or humans in his mouth because he mistakes them for lollipops. 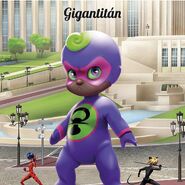 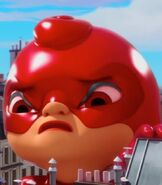 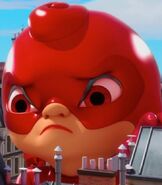 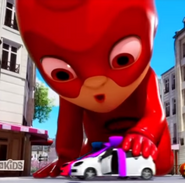