Glaciator is the akumatized villain of André Glacier.

As Glaciator, André is stern in proving to Marinette that his ice cream can bring people together as he retains his soft spot for couples, refusing to attack them. 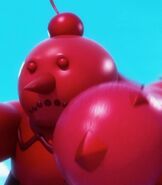 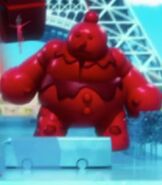 Add a photo to this gallery
Retrieved from "https://all-male-characters.fandom.com/wiki/Glaciator?oldid=3231"
Community content is available under CC-BY-SA unless otherwise noted.