All Male Characters Wiki
Register
Don't have an account?
Sign In
Advertisement
in: Characters, Series Characters, Cartoon Characters,
and 14 more

Hawk Moth's akumatized villains are his most powerful known weapon, so he chooses his victims carefully, usually people who are emotionally at their weakest. He is a skilled liar and manipulator, persuading people that he cares about their problems and giving them powers to help solve them, when in reality, he does it because he wants them to retrieve the Miraculouses for him. He gives them ideas if they are struggling to think one up. However, if things aren't going his way, Hawk Moth easily loses his patience, threatening harm to Ladybug, Cat Noir, and even to the villains he creates. He also has a bit of a habit of celebrating too soon when the heroes get weaken by his many akumatized villains, thinking it will get him closer to the heroes' Miraculouses. He sometimes uses puns, such as telling the akuma in "The Evillustrator" to "draw Nathaniel into our evil web". 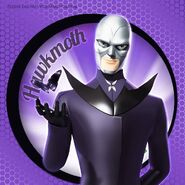 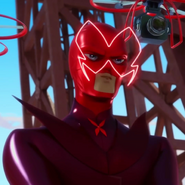