All Male Characters Wiki
Register
Don't have an account?
Sign In
Advertisement
in: Male Heroes, Heroes, Characters,
and 21 more

Unlike his sister Juleka, Luka is a calm boy who has a mixed personality of being playful, charming, mature and flirtatious. He is empathetic at reading people's emotions and expressing it through music. Luka is very kind and generous, especially towards his friends and family, but also to people he just met as he cheers Marinette up shortly after meeting her.

Luka seems to be a easygoing and relaxed boy. However, sometimes he can lose his calm if feels that he and mainly his friends are being wronged, like when Bob Roth stole his band's music, dance and outfits and claimed them to be XY's. Despite everything, he tries to retain his cool, only getting really mad when Bob threatened Marinette. 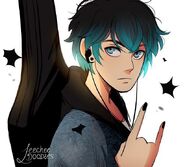 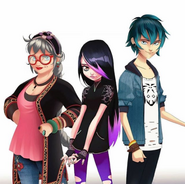 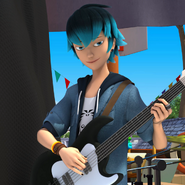