All Male Characters Wiki
Register
Don't have an account?
Sign In
Advertisement
in: Male Heroes, Heroes, Recurring Characters,
and 22 more

Nino Lahiffe is one of major recurring characters in Miraculous Ladybug, he is Adrien Agreste's best friend and Alya Césaire's boyfriend.

Nino is fun-loving, enthusiastic, friendly, and compassionate. He enjoys being a DJ at parties and hanging out with friends. He is described as "a caring friend with a strong sense of right and wrong." Noticing when someone, like Adrien, is upset, he does what he can to comfort them or cheer them up. If he has a vision for something, he stays dedicated to it, sometimes rather stubbornly. But if things don't go in the fashion he wants them to, it exasperates and upsets him. He is more than willing to argue his point, though he is able to change his opinions on situations or particular people. Nino becomes frustrated if he sees something that he considers unfair, like when Adrien's father won't allow Adrien to have a birthday party. However, he doesn't hold grudges for long, and whether by choice or not, he will help others when they ask for it.

Like Alya, he can be caught up in the moment or excitement of things. However, unlike Alya, he can calm himself down enough to realize reality as he doesn't hesitate on returning the Turtle Miraculous.

When it comes those he cares about he is brave and loyal refusing to leave them behind in "Simon Says", where he didn't want to leave without Adrien. In "Anansi", when he was even willing to fight against the titular villain to save Alya or staying with her when she's infected in "Zombizou". He is also protective of his brother Chris, running all over the city to find him in "Christmaster. He can become doubtful of his abilities at times but takes advice from others very well.

Also, he seems to be very attached to his signature red cap, as seen in "Chameleon", when it is taken from him by the titular villain and Alya is later seen reassuring him that he looks fine without it. 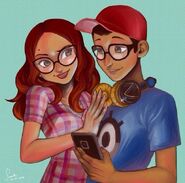 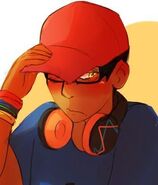 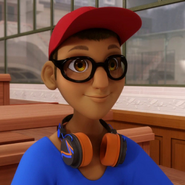