Thomas Astruc is a director introduced in the third season of Miraculous: Tales of Ladybug & Cat Noir.

He is a very nice man and usually upbeat and excited about his movie premieres. He just wants to be recognized and appreciated for his work but has a tendency to be ignored by everyone. 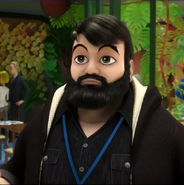 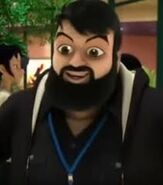 Add a photo to this gallery
Retrieved from "https://all-male-characters.fandom.com/wiki/Thomas_Astruc_(Miraculous_Ladybug)?oldid=3127"
Community content is available under CC-BY-SA unless otherwise noted.