All Male Characters Wiki
Register
Don't have an account?
Sign In
Advertisement
in: Characters, Series Characters, Cartoon Characters,
and 12 more

Xavier-Yves Roth, better known as XY, is a famous pop star and Jagged Stone's biggest rival in the music making business. He is Chloé's favorite singer, as stated in "Guitar Villain". His father is the producer Bob Roth.

XY is arrogant, vain, and rude, believing himself to be the best and looking down at anyone who isn't as popular as him. He carelessly insults his rivals in the music industry, and he doesn't take warnings seriously, even when they come from the superheroes Ladybug and Cat Noir. When his life is being threatened, though, he freaks out and loses his overconfident nature. He is also lazy as he does not even try to do anything original or work related, believing it's easier to let someone else do all the work and then take the credit. 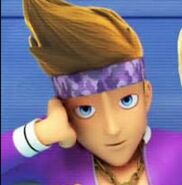 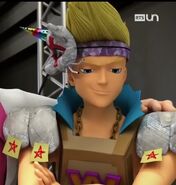